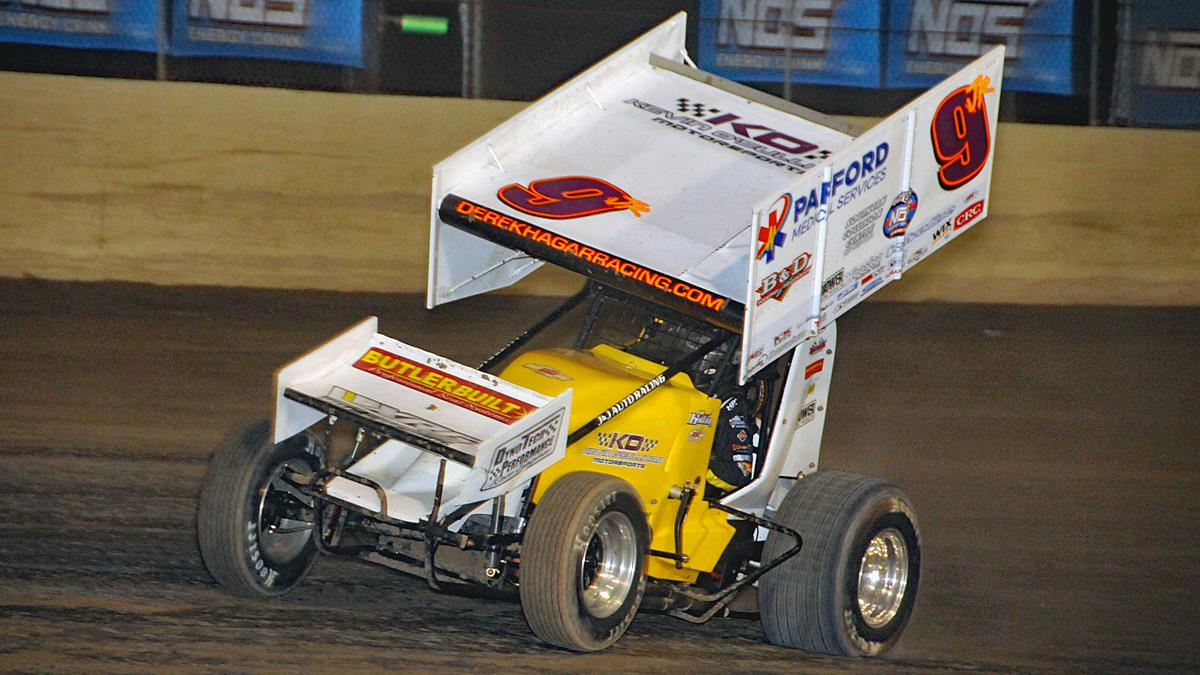 Short Track Nationals Starting Spot on the Line Saturday Night at I-30 Speedway!

I-30 Speedway hosts the ASCS Mid-South sanctioned 15th Annual “Ralph Henson Tribute” this Saturday atop the high-banked, ¼-mile clay oval. And while the final STN tune-up event offers a healthy chunk of change worth $5,646 to the winner, the event will also determine the 2022 track champion.

Marion, Arkansas’ shoe Derek Hagar holds the current edge. But a very slight edge it is at just three points over Cody Gardner with defending track champ Howard Moore and Blake Jenkins lurking in the weeds as well with an outside shot of stealing the track crown.

With three points per feature position on the line as well as 3-2-1 in heats, each position all night will be critical for Hagar and Gardner. And should something happen to them, Moore could conceivably make up a 27-point deficit while longer odds await Jenkins at 40 points back.

Hagar, Gardner and Moore are all familiar with STN finales while the younger Jenkins aims for his first start in the championship event.

Hagar has raced his way into eight previous STN championship events, scoring back-to-back prelim wins in 2019 and 2020 before locking in with a runner-up finish in the first of last year’s Friday night Twin 20’s.

Hagar has finished among the top eight in five of the last six STN finales with a runner-up finish in 2020 his best to date. Hagar finished out last year’s event in fifth.

With 12 preliminary feature starts to his credit, Gardner started on the pole in his seventh career STN finale last year and finished out the night with a career-best STN finish of seventh after a ninth-place showing in 2018.

Moore has raced his way into five consecutive STN finales with a high-water mark of third in 2018 the best of two top-ten finishes. Moore finished out last year’s event in 15th.

With the added start money for Saturday night, the total feature payout for the two nights is at a minimum of $64,591, pending the need for the provisional starter on Saturday night.

Entries for the event have already begun to flow into the I-30 Speedway track office. Pre-entries submitted by Tuesday, September 27, are $100 and include a free two-day driver pit pass. Entries after September 27 are $100 with no pit pass included. The entry form is available at https://www.i-30speedway.com/downloads/get.aspx?i=760397.

In addition to Big Show Productions that boosted start pay to a minimum of $1,100, the STN winner’s share was previously increased to $15,041 courtesy of MPV, with Buckaroo Hatters and Mike Moore making the initial boost to the back portion of the field.

The 35th Annual COMP Cams Short Track Nationals presented by Hoosier Tires kicks off with a Test ‘N Tune on Thursday, September 29, from 6:00 p.m. to 9:30 p.m.