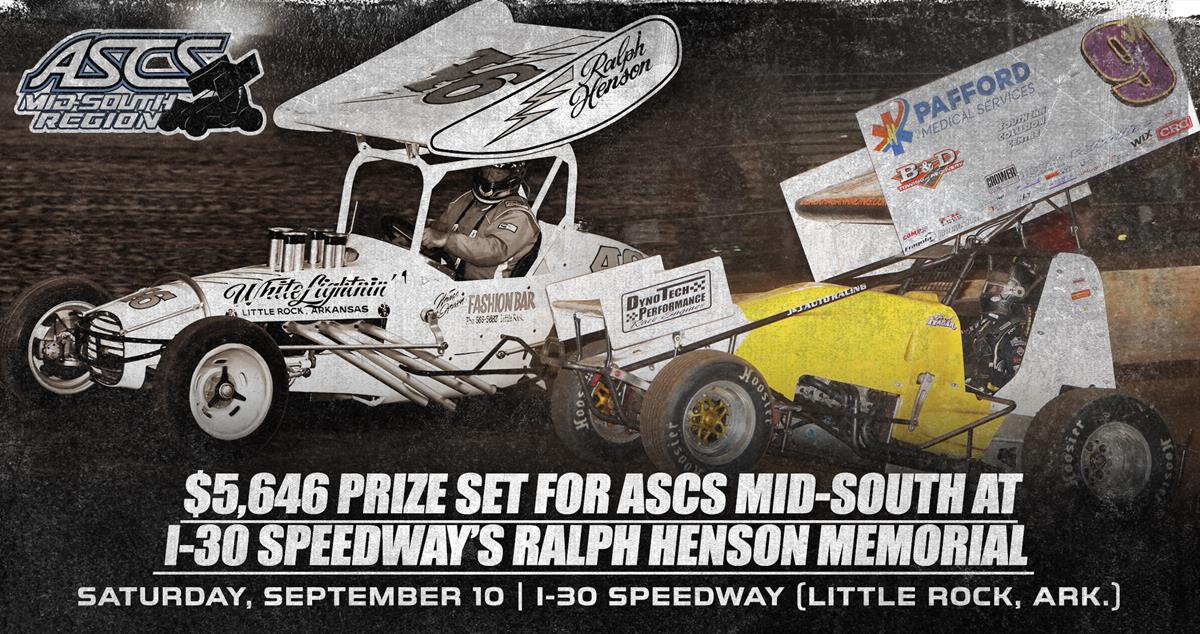 Bryan Hulbert – LITTLE ROCK, Ark. (September 7, 2022) The 15th annual Ralph Henson Memorial takes place on Saturday, September 10, at Little Rock’s I-30 Speedway with a $5,646 payday up for grabs with the ASCS Mid-South Region.

Off his 11th overall win of the season this past weekend at Lake Ozark Speedway, Marion’s Derek Hagar is set to defend his 2021 victory. More wins than anyone in the Ralph Henson Memorial, Hagar has won the annual tribute three times, with previous triumphs in 2016 and 2018.